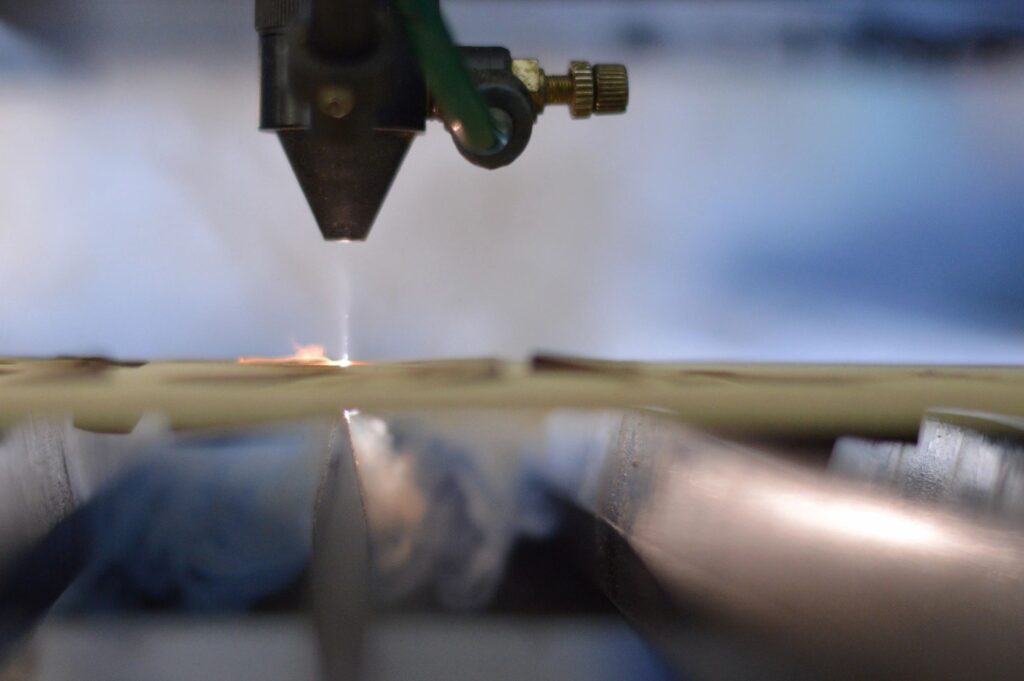 What is laser engraving?

Laser engraving is a method of etching or carving an object with a laser beam. It can create fine detail and complicated patterns in metal, glass, and other materials that cannot be achieved by other methods.

The laser beam is guided along the surface of the material to be processed and selectively removes materials as it passes. The process can be used to cut or engrave an image or pattern into various kinds of materials; for example, steel plates can be engraved with text or images for display purposes.

Laser engraving is a process in which an object is ablated by the application of laser light. It can be used to mark or decorate virtually any material, including metal, plastic, glass, wood, stone and even human skin.

A laser engraving machine is a device that is used to engrave a design or text onto almost any type of material.

Different types of laser engraving machines exist, such as:

A) Handheld Engraving Machine: This type of machine is light and can be carried around easily, but it only has a limited range for the laser beam.

B) Desktop Engraving Machine: This type of machine has more power than the handheld version and can be used on larger surfaces. However, it is not as portable.

C) Industrial Engraver: These machines have even more power than the desktop version and are usually used by large companies in factories or on large surfaces like vehicle signage. They are generally more expensive than other types of engravers because they are large and consume a lot of power.